The Association for Constructivist Teaching is a professional organization promoting children's construction of knowledge in all domains –intellectual, physical, social, emotional and moral.

Seong Bock Hong is the Rosalyn Saltz Collegiate Professor at the University of Michigan-Dearborn. She studied constructivism learning theory under the guidance of Dr. George Forman at the University of Massachusetts Amherst. She teaches courses in curriculum development and constructivist education. Her research interests have focused on the exploration and development of Reggio-Emilia inspired educational system and tools such as the Cycle of Inquiry System that guide pedagogical documentation practices in emergent curriculum approaches to early childhood education. In 2017, she co-hosted “The Wonder of Learning-Hundred Languages of Children” exhibition to Ann Arbor, Michigan. 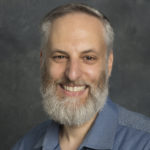 Meir Muller has earned rabbinical ordination as well as a doctorate in the area of early childhood education. Dr. Muller serves as an assistant professor in the College of Education at the University of South Carolina. His research interests include culturally relevant pedagogy, anti-racist pedagogy, constructivist theory, and Jewish early childhood education.  In 2016 Dr. Muller was awarded the Early Childhood Teacher Educator Award by the National Association for Early Childhood Teacher Education. Recently Dr. Muller has served as lead author of South Carolina’s early childhood state standards and is part of a team of educators developing curricula that prepare European teachers to address bias, prejudice and anti-Semitism. Dr. Muller is also in his 27th year as head of the Cutler Jewish Day School, a NAEYC accredited school for children birth through fifth grade. 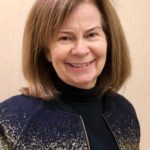 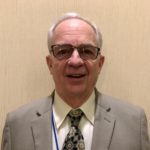 James Pelech is in his 16th year at Benedictine University in Lisle, Illinois where he will be department chair in the fall. Prior to that he was a high school math teacher for 30 years. Jim, a former President of ACT,  has written two books on Constructivism. He is working on a third book which will focus on Constructivism and action research. He was a Fulbright Specialist to Charles University in Prague, Czech Republic. He and his wife, Gwen, live in Joliet, Illinois. 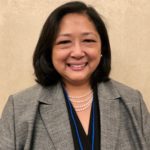 Cris Lozon is the Early Childhood Director for St. Margaret’s Episcopal School  in San Juan Capistrano, California. She brings over 30 years of experience working with young people from infants to adults. Dr. Lozon presents nationally on children’s construction of knowledge through play. 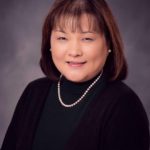 Sonia Akiko Yoshizawa served as a Director for the US Embassy Children’s Garden School in Tokyo, Japan, prior to moving to the US with a scholarship to study constructivism under Rheta DeVries at the University of Northern Iowa. She currently serves as a Research Coordinator at the East Tennessee State University, where she also chairs the Annual Early Childhood Conference. Sonia has been a featured presenter at NAEYC and a co-author of two books: Nurturing Creativity: An Essential Mindset for Young Children’s Learning (NAEYC), and STEM Learning With Young Children: Inquiry Teaching With Ramps & Pathways (Teacher College Press). She has two grown children living in Iowa and Tokyo, Japan. 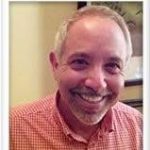 Thomas Chiaramonte brings over 35 years of experience in the fields of child development and early childhood education. He has been serving as a faculty in the Department of Child Development and Educational Studies at Fullerton College (CA) since 1989 and in 2009, he was named Director of their Child Development Laboratory School. Tom has been a keynote speaker and presenter throughout the country, and is currently working on a book about burnout in early childhood educators. He is the father of two great children, Claire and Thomas. 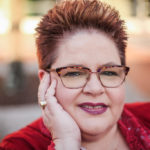 Kelly Russell studied Piaget’s constructivist theories under the tutelage of Dr. Constance Kamii. After graduating from the University of Alabama at Birmingham with a degree in Early Childhood Education with a concentration in epistemology, she began teaching at Birmingham-Southern College where she has been since 2007. She teaches classes in child development, science education, and developmental math. 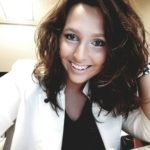 Randa Dunlap is currently in the dissertation phase of her PhD program at East Tennessee State University, where she works as a doctoral fellow and enjoys lifeguarding and teaching Early Childhood undergraduate level courses. 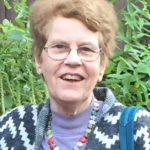 Sonja de Groot Kim received her PhD in Early Childhood Leadership from NYU. Her interest in constructivist theory was nourished at the Pedagogic Academy in the Netherlands. She has been a lifelong early childhood educator and teacher educator and was strongly influenced by the Reggio Emilia Approach to Early Childhood Education. At Kean University, where she taught undergraduate and graduate courses, she infused constructivist and social-constructivist pedagogy into all her courses, including co-constructing some course syllabi with her students. As faculty liaison to the campus laboratory school on campus she collaborated with educators to develop topics of study with the children and presented at national and state conferences with them. 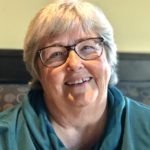 Rosemary Geiken earned her doctorate from the University of Northern Iowa while working with Rheta DeVries and the Regents’ Center for Early Developmental Education. After receiving her doctorate, she moved to East Tennessee State University where she was faculty in the Department of Early Childhood. As faculty she taught courses at graduate and undergraduate levels and was involved in research with infants and toddlers focusing on how they construct knowledge during play. She retired in May of 2018 after a 43-year career in education. She continues to teach courses at ETSU and write with former colleagues from Iowa. 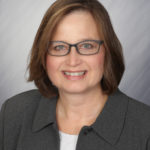 Beth VanMeeteren studied under and taught for Rheta DeVries at the Freeburg Early Childhood Program at the University of Northern Iowa when DeVries was Director of the Iowa Regents’ Center for Early Developmental Education. VanMeeteren is now its Director and was a contributing author of two chapters in the Teachers College Press book, STEM Learning With Young Children: Inquiry Teaching With Ramps & Pathways and a chapter in the Springer book, Early Engineering edited by Lyn English and Tamara Moore. 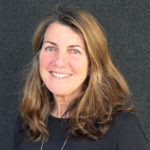 Jennifer Thompson, an early childhood teacher has been inspired and mentored by ACT and the work of founding professors, educators and researchers of the organization. She recently retired from the Juneau School District in Alaska after a 20 year career of teaching young children and families in the public school system. She is currently teaching 2nd grade in at the American School of Brasilia in Brazil. 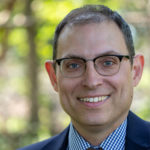 Tim Constant is the Manager of Education Outreach at the Holocaust Memorial Center in Farmington Hills, Michigan where he coordinates a team of educators who develop and deliver instructional programs for Michigan teachers regarding the Holocaust and other genocides. The success and extent of his education outreach program was recently recognized by the Michigan Museums Association with the 2019 Outreach Programming Award. Prior to his current position, Tim was a high, middle and elementary school principal and assistant principal specializing in school turnaround. He was also the Director of Teacher Evaluation and Instructional Improvement for one of the most diverse high schools in the United States and served as the Academic Dean for a Detroit area Upward Bound program. Before school administration, Tim was a middle and high school Social Studies and English teacher for 11 years where he was awarded Outstanding Teacher of the Year from one of his schools and was nominated for Michigan Teacher of the Teacher and a finalist for Charter School Teacher of the Year. Tim currently is pursuing his doctorate in education from the University of Michigan Dearborn with a concentration in Curriculum and Practice and recently received the 2019 Different Maker Alumnus of the Year from the University of Michigan Dearborn. Tim also has a Master of Arts in Teaching from the University of Michigan Dearborn, a Master of Science in Finance from Walsh College, a Bachelor of Science in Business Administration from Lawrence Technological University and an educational leadership certification from Eastern Michigan University.